The Prototype for all Other Dome Structures that Followed

From Bucky's Dome Home to a Carbondale Museum 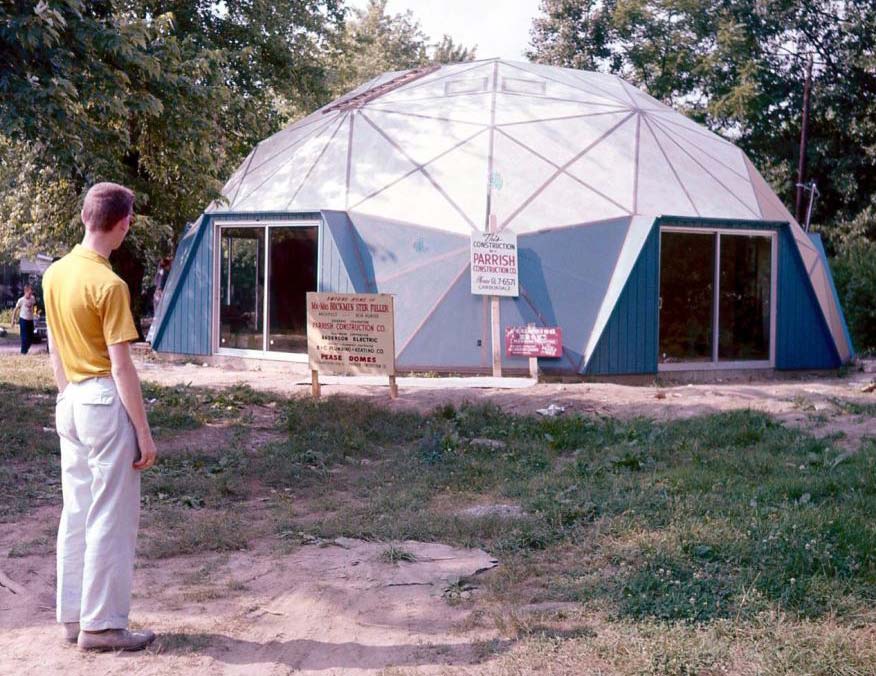 The geodesic dome is Buckminster Fuller’s most enduring legacy and Carbondale is its home. It is the only dome Bucky ever lived in and the only home he ever owned. It is also the prototype for all other dome homes that followed.

In April 1960 the dome was assembled in Carbondale and Bucky, with his wife Anne, lived there until 1971. Bucky was a professor at Southern Illinois University for 12 years.

During his time in Carbondale, Bucky made the front cover of Time magazine and was nominated for the Nobel Peace Prize. He also produced some of his most influential writings and received more than a quarter of his 23 patents and nearly half his 48 honorary doctorates.

In February 2006, Fuller’s Dome Home was added to the National Registry of Historic Places. Given its unique role in Bucky's life, the Fuller Dome in Carbondale is possibly the most important Buckminster Fuller artifact remaining in the world today.

Bucky’s home is undeniably a precious historical treasure and preserving it will have far-reaching positive effects, both locally and globally. Restoration will provide another needed education and tourism resource to the city of Carbondale. Most importantly, it will ensure that we can embrace and share our unique cultural and intellectual heritage.

Help us get to our goal of making Bucky's Dome open to all those who want to walk where Bucky Fuller lived for 12 years!

How Can You Help?

Right now there are two ways you can help support the completion of the restoration and continuing maintainance of the R. Buckminster Fuller Dome Home. We have an online store where 100% of the proceeds go to the restoration and maintainance of the Dome. You can donate directly with a PayPal Donation option. Any donation would be greatly appreciated and will help us keep this amazing treasure accessible to the public.