Board of Directors \ Contributors

“to make the world work for 100% of humanity in the shortest possible time, through spontaneous cooperation, without ecological offense or the disadvantage of anyone.”

We would like to thank all those who have been a part of bringing the Dome as close to its original state as possible.

The variety of contributions made for us to continue to reach our goal include individuals and businesses donating:

Everyone contributing to the preservation of Bucky's Dome over the years all have one thing in common; the desire to be a part of sharing and promoting R. Buckminster Fuller's enduring legacy. 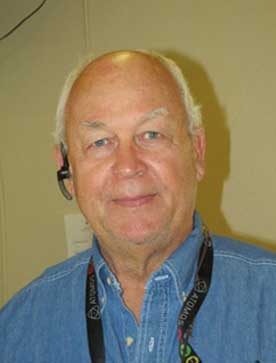 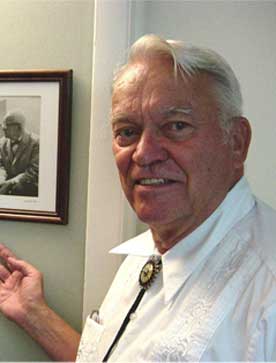 Do we have a picture of Bill and Mickey together??

While so many have been involved in this vitally important preservation, the Dome probably would not be here today if it were not for Bucky's colleague and friend, and the RBF Dome NFP founder Bill Perk. In 2002 Bill purchased the Dome from Mickey Mitchell, who had originally purchased it from Bucky and Anne in September 1973.

The Fuller family has been generous in assisting with the progress.

Jamie, Bucky and Anne's grandson, has made a generous donation of over 3,000 volumes of Fuller's books with about 1,000 of them returning to the Dome Library. The other 2,000 are being cataloged at SIU's Morris Library.

Bucky's daughter Allegra Fuller Snyder, is gathering up many of her parent's possessions that she had inherited, so they can return to their original home, Bucky and Anne's Dome Home. 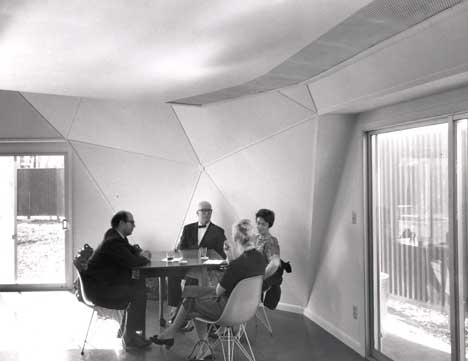 Bucky and Anne with Evelyn and George Anselvicius. It is one of the many images taken by Ben Gelman, who's work chronicled the 12 years Bucky and Anne lived in Carbondale.